The Knights of Columbus is the world's largest
Catholic fraternal service organization.

Founded by Michael J. McGivney in New Haven, Connecticut, in 1882, it was named in honor of the explorer Christopher Columbus. Originally serving as a mutual benefit society to working-class and immigrant Catholics in the United States, it developed into a fraternal benefit society dedicated to providing charitable services, including war and disaster relief, actively defending Catholicism in various nations, and promoting Catholic education.

The nearly 16,000 councils, including over 300 on college campuses, are chartered in the United States, Canada, Mexico, Philippines, and around the world. The Knights' official junior organization, the Columbian Squires, has more than 5,000 circles, and the order's patriotic arm, the Fourth Degree, has more than 2,500 assemblies.

The current Supreme Knight is Carl A. Anderson.
(Courtesy of Wikipedia) 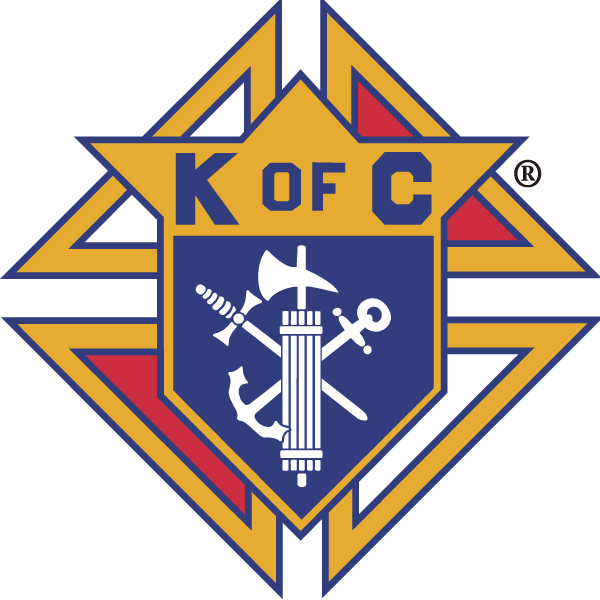 2,000,000+
Members Around The World
Knights of Columbus emblem consists of a shield mounted on a Formée cross. Mounted on the shield are a fasces, an anchor, and a dagger. Emblem of the Knights of Columbus Abbreviation K of C Motto In service to One
Vivat Jesus!

The Redwood Chapter comprises the territory of the Diocese of Santa Rosa
(Napa, Sonoma, Mendocino, Lake, Humboldt and Del Norte Counties)
and was established by State Deputy Albert Gonsalves at the close of his term in 1968.

The following have served as President of this chapter since its inception: